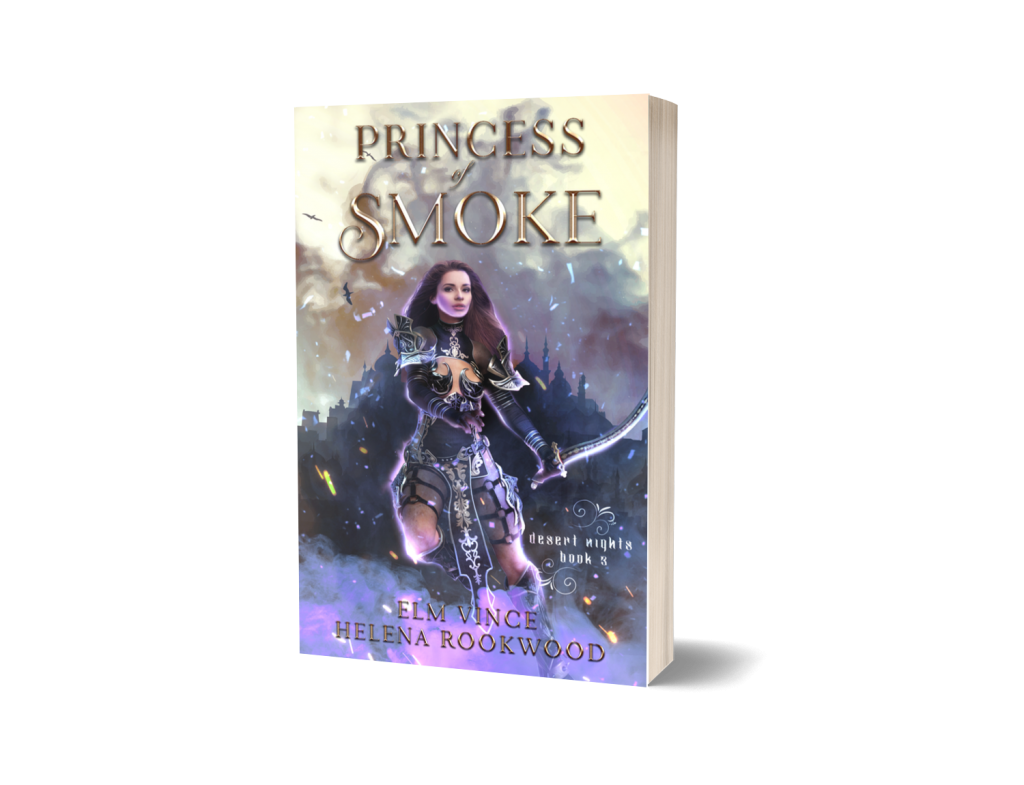 An assassin in the palace.
A princess back from the dead.
The kingdom’s greatest enemy yet...

It’s the week before Zadie and Kassim’s wedding and the streets of Kisrabah are brimming with stalls, spirits, and storytellers.

But when a ghost from her past comes back to haunt her, Zadie’s many lies threaten her dreams of ruling by Kassim’s side.

And when she’s brazenly attacked on the streets, Zadie doesn’t just have to defend her secrets – she has to find out who wants her dead, before they find her first...

With powerful enemies of Astaran hell-bent on sabotaging the alliance, Zadie and Kassim are caught in a race against time if they want the wedding to go ahead at all.

In her darkest hour, Zadie is faced with sacrificing everything for her kingdom.

And to save Astaran, she might just have to.

Princess of Smoke is the second book in the Desert Nights romantic fantasy series. Readers who enjoy kick-butt heroines, hate-to-love romance, and endearing characters who stay with you long after you finish a book will love this new series from Elm Vince and Helena Rookwood.

Welcome to a sweeping magical world inspired by the mythology of Arabian Nights, where kingdoms clash, mythical creatures stalk the desert, and your wishes coming true doesn’t mean all your problems are solved…