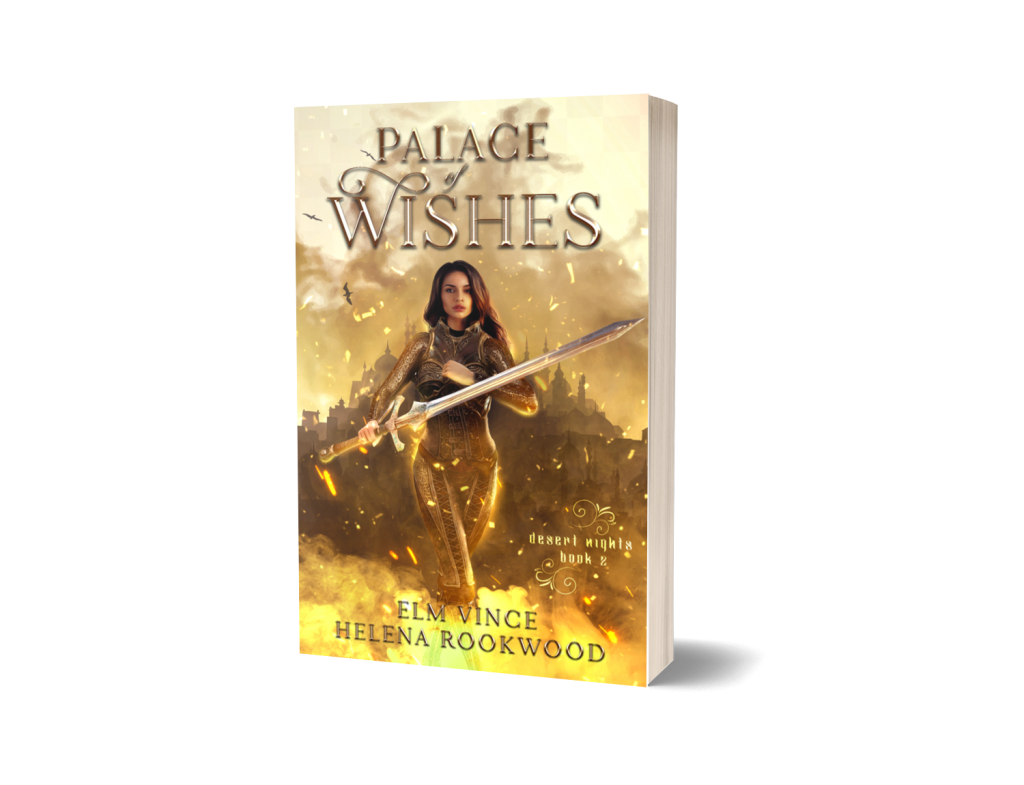 A princess determined to prove her worth.
A sultan hunting for lost treasure.
Magic powerful enough to destroy a kingdom...

Zadie survived the journey into the desert to find the Night Diamond talisman. She’s mastered the djinni of the ring and can finally use her wishes. But her troubles are only just beginning…

To prove to Kassim she’s capable of tracking down the treasure he desperately seeks, Zadie must escape the scrutiny of the vizier and throw herself into a dark underworld of merchants, thieves, and pirates.

But the more she learns about the mysterious treasure the sultan is looking for, the less certain she is that this voyage to find it is a good idea.

Zadie faces a heart-wrenching choice. Help Kassim release a dangerous magic that could destroy kingdoms in the wrong hands, or betray his trust in her completely.

She must decide where her loyalties lie: to her kingdom, to her djinni, or to love.

Palace of Wishes is the second book in the Desert Nights romantic fantasy series. Readers who enjoy kick-butt heroines, hate-to-love romance, and endearing characters who stay with you long after you finish a book will love this new series from Elm Vince and Helena Rookwood.

Welcome to a sweeping magical world inspired by the mythology of Arabian Nights, where kingdoms clash, mythical creatures stalk the desert, and your wishes coming true doesn’t mean all your problems are solved…